Landscapes at the World’s Ends

A non-verbal, visual journey to the polar regions of our planet portrayed through a triptych montage of photography and video. Landscapes at the World’s Ends is a multi-dimensional canvas of imagery recorded above the Arctic Circle and below the Antarctic Convergence.

Filmed during several artist residencies onboard three expedition vessels, New Zealand nature photographer and award-winning filmmaker Richard Sidey documents light and time in an effort to share his experiences and the beauty that exists over the frozen seas. Set to an ambient score by Norwegian Arctic-based musician, Boreal Taiga, this experimental documentary transports you to the remote islands of South Georgia, the Antarctic Peninsula, Greenland and Svalbard.
Duration: 30 mins 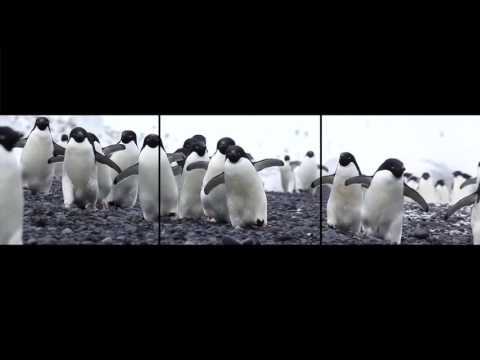 Deep in Canada’s Great Bear Rainforest lives a rare, unique and seldom seen creature, a black bear with white fur, known in these parts as Moksgm’ol (the ghost bear). According to local mythology, the creator Raven asked the Black bear to make one-in-ten cubs white, as a reminder of the Great White Time, when the world was covered in ice.

Ice, fire, earth, air and æther collide in this artistic, environmental and global feature which demands the viewer manifest their individual narrative, visually guided by compelling cinematography from our wildest lands. Experience the vast wilderness of the white continent and ancient rainforests to the revered power of the world’s oceans and erupting volcanoes.

Elementa is a black-and-white visual meditation of wilderness and the elements. Award-winning wildlife photographer and filmmaker Richard Sidey returns to the triptych format for a cinematic experience like no other.

Prepare yourself for full immersion.

In Wildness is the preservation of the World. – Henry David Thoreau